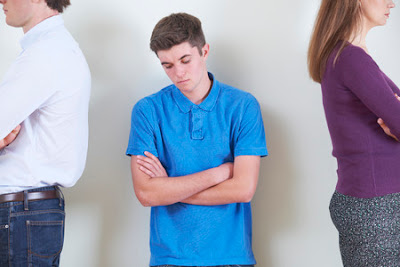 Divorce opens a floodgate of emotional and financial burdens for both parties involved, as two lives deviate from one another after having physically, emotionally and financially run parallel for the duration of a marriage. When a child is involved, the process becomes significantly more complicated and stressful. While physical and financial assets can be divided with little post-divorce consequence, two adults in conflict deciding the fate of an adolescent can have devastating side effects for the entire family that do not subside once the divorce is finalized. A US Census Bureau study in 2012 revealed an estimated 2.4 million divorces a year in the United States alone. With these numbers in mind, new methods and approaches are crucial to assuring a healthier and happier future population.

Consensual Divorce Resolution (often known as uncontested divorce) is an alternative method that involves a collaborative, voluntary settlement process where both parties make decisions by means of direct mediation and compromise - as opposed to leaving decision making in the control of third party individuals like attorneys and judges. Just as communication is necessary to transition a new relationship into a marriage in the first place, healthy, honest communication is the best way to dissolve and conclude a relationship on good terms. Consensual resolution approaches the divorce process with the intention of minimalizing aggressive conflict, maximizing satisfaction of outcome, and keeping costs low.

Divorce affects the most primary and foundational of human relationships for minors, in particular. A child’s bond with their parents is the first relationship of every individual’s life, which consequentially shapes their social learning, emotional development and ability to achieve and sustain healthy relationships for the rest of his or her life.  Raising an adolescent in a loving, nurturing and supportive environment is impossible when parents harbor anger and resentment for one another.

A substantial number of studies conducted in recent years have suggested that instability in a child’s home environment has adverse affects on adolescent emotional and social development. Some recent longitudinal studies by Paul Amato suggested that a divorce experience has negative physical side effects on teens as well, including weakened immune system, depression, and an increased risk of substance abuse and suicidal thoughts.

Contested divorce in particular can leave the teen in a position where they feel isolated and without a say in their own life, at a time when autonomy and self-empowerment is developmentally critical. The result is a sense of identity confusion and dysfunctional parental relationships. In many cases, the older the adolescent the lower priority custody is given, and often the teen is not included in the negotiation of custody at all. Parents handle these affairs with their legal representatives, who delegate them in even further isolation from the child. This can potentially lead to the development of trust issues, anger and resentment between child and parent. Disregarding the minor’s input and preferences about their new living situation, schedule and in family relationships alienates them and exacerbates these social and emotional issues.

Adolescents may have a number of concerns, questions and preferences that cannot be addressed unless the family works together as a unit to assure everyone is satisfied with the end result. There may be a preference to spend more time with one parent or one household over the other. Issues with feelings of safety or positivity in one home versus the other can be a concern that only the child can express. Children may even be fearful of bringing these concerns up due to retaliation or punishment by family members. Counseling and consensual divorce can create a safe environment where children feel comfortable sharing these concerns.

Consensual Divorce Resolution (CDR) yields numerous benefits for everyone affected by the dissolution of a marriage. CDR allows for a vital opportunity to give a child early exposure to healthy methods of dispute resolution. Not only do adolescents observe the process, but also partake in it by having a louder voice in terms of decisions regarding co-parenting and custody. This empowers the child/children and their parents, as well as providing a healthier, reinforced relationship between the family by opening more honest and open channels of communication. During therapeutic mediation sessions involving children and parents, feelings previously suppressed may emerge and be worked through together. Effectively dealing with these “hidden” issues can further allow for a healthy conclusion to the ending of a marriage. Decision-making is significantly easier, more fluid and empathetic in nature when all parties utilize the counseling approach to custody dispute versus an otherwise adversarial court process.

Children of divorced couples are prone to feelings of guilt or fault over the divorce. Remorse and self-blame will commonly result in declined self esteem and feelings of abandonment within the household. As a result, future relationships can become difficult for the adolescents to nourish and maintain. Children will often develop long-term feelings of inadequacy. They may be more inclined to invite unhealthy relationships into their life at a time when they are developmentally the most vulnerable to peer pressure. The unfamiliarity and inexperience with strong relationships make functional and satisfying relationships seem foreign and unachievable – even intimidating or exhaustive. Fear of emotional proximity and social anxiety may surface. Parents can acknowledge these issues when working with a counselor, and then later discuss them with their adolescent. The loss of control over their own life during adolescence can ravage their temper and lead to pessimism and “acting out” during their youth as a means of attracting the right kind of attention and concern from adults. The hostile nature of a custody battle can lead to parents using their children as a conduit for their anger against one another, intensifying anger.  Examples of this include family members speaking ill of one another in front of the child, a topic discussed and explained in depth in a collaborative environment.

These adverse interactions can be avoided when working under the guidance of a therapist or mediator in a consensual divorce resolution setting. Even in the case of a child in late adolescence, both parents will still have to communicate to some extent for the rest of their lives, regardless of their desire to sever contact entirely. An inability to converse sets a discouraging example for young children, teens and adults, and will likely sustain (or even worsen) conflict later on. Early exposure to these wholesome methods of communication and negotiation skills services benefits the child later in life during social dilemmas in the home, workplace, and personal life. Learning how to calmly and rationally approach social and emotional issues teaches children to achieve lasting, positive outcomes from conflict. Particularly for adolescents, appropriate role modeling is a powerful learning tool. Consultation with a mediator or therapist can help parents determine whether or not further therapeutic help is necessary for the child in order for them to cope with the turbulent process.

Consensual Divorce Resolution is one of the few methods that can allow things to end on good terms between all parties. Parents will learn to communicate sensibly with one another under the guidance of a therapeutic mediator, as opposed to resorting to fighting over every disagreement. Additionally, children will feel more openness and trust between themselves and their parents. CDR helps assure an overall better parenting experience, strengthens both parent-to-parent and parent-to-child relationships, and creates a strong family foundation based on respect, love, maturity and support. Future conflict is less likely to arise, and should it become an issue, everyone has the proper training, and resource to return to, to deal with the sensitive nature of custody disputes. Consensual resolution creates lasting positive results and assures a stronger foundation for families dealing with the turbulence of a divorce.

Vélez, C. E., Wolchik, S. A., Tein, J. and Sandler, I. (2011), Protecting Children From the Consequences of Divorce: A Longitudinal Study of the Effects of Parenting on Children’s Coping Processes. Child Development, 82: 244– 257