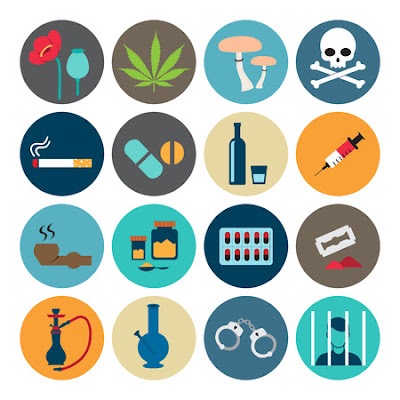 
Lay the foundation for open, honest conversations with kids as early as possible...

Studies show kids who receive information about drugs and alcohol from their parents are much less likely to use them. Experts contend that parents and guardians should develop an ongoing dialogue with their children in the preschool years and take advantage of situations that arise in daily life to establish open, honest communication with one another. This does not mean that parents should discuss drugs and alcohol with their preschoolers; it does, however, mean that they should talk about nutrition, hygiene, and healthy living with them and help them develop decision-making and problem-solving skills at an early age.

When kids enter elementary school, parents should guide them through the messages they receive from the media, their new friends, and the world at large. Parents need to be aware of the images kids see of people using drugs and alcohol on television, in movies, in books, etc. This is the time to present the facts about drugs, alcohol, and tobacco and explain how using them makes it difficult to do things they enjoy. Establish family rules about tobacco, drug, and alcohol use and be a role model for your children.

It’s also important for parents to know their children’s friends and their parents. If your child spends time at friends’ homes, visit them and determine whether they share your values about drugs and alcohol. Don’t hesitate to check in with your child when he is at a friend’s house.

Continue the conversation during the tween, preteen, and teen years...

As children get older and exert their independence, parents and guardians need to keep the conversation about drugs and alcohol going. It can be much more difficult to gauge whether kids hear you at this age, but you must keep the dialogue going in an honest, open manner because this is the time when your kids need your input and advice the most. Peer pressure, experimentation, puberty, stronger messages about drugs and alcohol, and a need for independence make your tween, preteen, and teen more vulnerable to drugs and alcohol, but your influence remains strong during these years. They are seeing and hearing references to drugs and alcohol on the news, in television shows, in movies, in music, and in advertisements, and you should take advantage of those situations to continue the conversation you started when your kids were younger.

The conversation may sound a little different with your tween, preteen, and teen, though. Because of their age, they may feel the urge to rebel against you. Sticking to the facts and using news headlines and television news stories about drug and alcohol abuse helps them separate fantasy from reality and understand the very real consequences substance abuse. Talk to your child about the people who are being arrested for drug and alcohol abuse and the consequences they face. Ask open-ended questions, and if you aren’t sure where to begin, start by asking what they think about those situations.

It’s also a good idea to share stories of addicts and people in recovery with your children. By personalizing drug and alcohol abuse and the effects of it, you will show your teen that very real people and their families struggle with drugs and alcohol. Discuss your thoughts and feelings about the stories and engage in dialogue with your children about them. Statistics will not have the same impact on your children as real stories.

The most important thing to keep in mind is that any discussion regarding drug and alcohol abuse is better than no discussion about it. Your kids need your guidance about substance abuse just as they do about any other subjects and topics. By starting the conversation early, you will show your kids that it is safe to discuss these topics with you and that you care about them and love them enough to educate them about drug and alcohol abuse.