"Breaking Up Is Hard To Do: What You Can Expect When Going Through a Divorce" 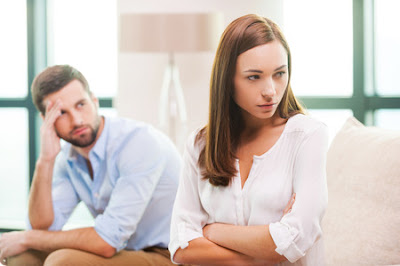 Let's face it, divorce is never easy.    Some couples have tried counseling and even mediation and found that divorce is the best option for them to move on with their lives.  But even in the most amicable divorces there is usually at least some initial resentment and bad feelings that accompany the process.  A divorce also affects those in the couple's orbit as well. Children, families and friend of both spouses are impacted by a break-up.

People on both sides of the divorce are hurt, confused, and many times, surprised by the split. It is obviously hardest on the divorcing couple.  Below are some things a couple can expect when a divorce occurs:

-  A mixture of reactions from everyone.  Divorce is like death: everyone deals with it in their own way and there aren't any set guidelines on how people will react. If you have children, they could react with confusion, anger and sadness.  Be patient. That's a normal reaction for any splitting parents.

-  Concern about finances. This is always a concern, particularly if only one spouse worked during the marriage.

-  Control over your own future. Nobody know what the future holds, so this can be a difficult time of adjustment. It's important to be patient with yourself during this time. You'll need to heal.

- Doubting yourself  and feelings of anxiety. These are also normal reactions to a breakup. Your world and how you live is going to change.  The anxiety you feel is simply fear of the unknown and the newness of a major life change.

- Feelings of guilt. Feeling that you could have worked harder on the marriage or that you should have done something different is also part of the process.  Just don't let the remorse overwhelm you.

- Finding some things that your partner did and you have no idea what to do. It's not uncommon that a spouse handled certain tasks such as handling all the bills and finances.  Now that you're divorcing, it can be frightening to  have no idea where to begin to organize your now single financial life.

- Needing more help than you thought you would. Many of us have felt we have been self-sufficient all our lives. However, situations may come up where you simply can't handle it yourself. That's ok. The old adage, "No man is an island" meaning, you can't do everything alone holds true.

- Mourning the loss of the family as it was. Your life has radically changed with divorce. It's an ending for sure, but can be a beginning as well. Grieving this loss is normal also.  If the grief lasts too long or affects your ability to function, you should seek profession help.

Divorce is a major life change and transitioning from being married to being single is different for everyone.  It affects everyone differently.  The key here is to be patient with yourself, lean on friends and family through it and get professional help, if needed.  Divorce may be a more common occurrence than in days past, but it's certainly not any easier.