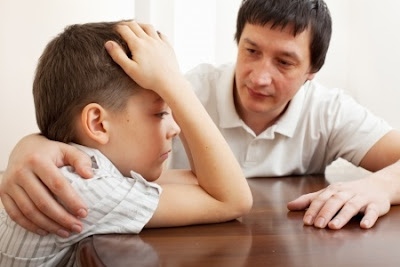 Definition.
Co-parenting or "parallel parenting", is an arrangement in which divorced parents are able to co-parent by means of disengaging from each other, and having limited direct contact, in situations where they have demonstrated that they are unable to communicate with each other in a respectful manner.  A couple may or may not have entered into counseling before going through the divorce to decide final custody of the children.  For intractable high conflict families, parallel parenting provides an opportunity for co-parenting, and although parents remain disengaged from each other they remain fully connected to their children. Within such an arrangement, parents may assume decision-making responsibility in different domains (such as one parent being responsible for medical decisions and the other for education. More often than not, however, they agree on major decisions regarding children’s upbringing but separately decide the logistics of routine, day-to-day parenting.

Logistics.
Such arrangements call for a high degree of specificity in the initial parenting plan, pre-empting the need for parents to communicate directly with each other once the plan is in place. The higher the conflict level, the greater the structure and specificity that is required in a parallel parenting plan.

Although parallel parenting is essentially disengaged parenting, some degree of communication between parents in regard to the health and welfare of their children will be necessary. In these cases, parallel parenting will likely involve non-direct communication methods such as email. A useful tool is a “parent communication notebook,” in which each parent writes a summary of the child’s emotions and behaviors during the time their child is with them, and the notebook routinely passes between the parents. Included in this notebook is information about children’s health, feeding and sleeping patterns, school-related issues, the children’s moods, what soothes children, what upsets them, the daily routine, and other information about children’s needs. This is done in a respectful tone, with no criticisms or instructions about how the other is to parent the children. Yet another option is a “parenting meeting” with a neutral third party present, during which parents’ stockpiled concerns are discussed in more detail. The latter may also be used in regard to negotiating important issues such as choosing a school, religious upbringing, and medical care.

Cautions.
Many more high conflict families would benefit from parallel parenting than is commonly assumed. At the same time, it is clearly not for everyone. There are varying levels of parental conflict, and couples exhibiting family violence are not good candidates for such an arrangement, especially when child and parental safety is at issue. With clear safety plans in place, parallel parenting may emerge as a consideration, but only with careful external monitoring after initial judicial determination of parenting arrangements. But even in some family violence situations, parents may eventually disengage from their conflict for the benefit of their children; thus parents in extreme high conflict and some manifesting family violence (in which the abuse has stopped and an iron-clad safety plan is in place) should not be ruled out as candidates for parallel parenting. However, a rebuttable presumption against co-parenting, including parallel parenting, in situations of interpersonal violence, is a prudent guideline for family court judges to follow in deciding parenting after divorce arrangements. A similar presumption would apply in cases where a child is found to be in need of protection from a parent.

The future of parallel parenting.
As more research studies identify the importance of both parents actively parenting and containing their conflict as essential elements in children’s adjustment to divorce, it is likely that parallel parenting will increasingly become the option of choice both for parents negotiating post-divorce parenting arrangements, and a preferred outcome in the arena of judicial determination of parenting arrangements. In parental conflict situations, in the majority of cases judges simply have no basis for deciding which parent should have primary custody of children; parallel parenting provides them with a viable co-parenting alternative. There is thus no reason that even in extreme cases of intractable conflict, parents cannot establish a co-parenting arrangement, particularly in light of recent evidence (Fabricius et al, 2010) that shared parenting shields children from the destructive effects of high conflict. Parallel parenting honors both parents as equal contributors to children’s growth and development, even in the presence of high conflict and different parenting philosophies, rules and routines, and lifestyles.

In considering the feasibility of co-parenting, parents should not be held to an unrealistic level of mutual cooperation, as conflict is inevitable in divorce. As mentioned, in most cases parallel co-parenting in high conflict cases will lessen the anger between parents, with the passage of time, as neither parent is threatened by the loss of his or relationship with the children, and the ongoing hostility that prevails in the context of the “winner-take-all” regime of sole custody is avoided. In effect, parallel co-parenting in high conflict divorces begins the healing process between parents, to the ultimate benefit of their children.