“How Childhood Trauma Can Affect Behavior in Adulthood” 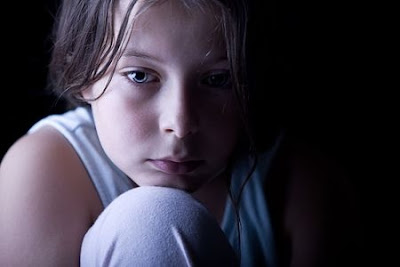 There’s been much research done on the connection between childhood trauma and how it affects behavior as an adult. Obviously, childhood connection to parents, siblings and others—and how these connections played out early on can impact behavior, as well as how we see the world in general, in adulthood. These connections can make the difference on whether we see the world as safe and nurturing or hostile and fearful.  Our parents are the first attachment figures who play a crucial role in developing an overall worldview and can affect how a child views situations and people at a very early age.

Trauma, however, can radically alter the perception of a person’s worldview also. Children who grow up with physical, emotional, and/or sexual abuse and don’t feel safe early in life can develop issues of low self-esteem, trust and problems with emotional regulation. They’re also more prone to problems with depression and anxiety.

And trauma can take different forms.  I know someone who has Tourette’s Syndrome. He’s currently 57 and was diagnosed with the disorder when he was 16. At the time he was diagnosed in 1975 there was little medical literature or research done on this sometimes-debilitating neurological condition.  Since there was no standard treatment protocol (and there actually still isn’t, as it’s treated differently depending on how the disorder manifests in people), this gentleman didn’t fully understand his condition, his doctors didn’t know the full ramifications of it— or how to effectively treat it since the medications that worked to control the symptoms were limited.  Society in general couldn’t comprehend it either, as it was not yet publicized in the media like it is today.   As a result, he encountered much ridicule, “stares” and rejection growing up.  This affected his views of relationships—familial, romantic and friendships—as well as his self-esteem in a negative way.

As a result of childhood trauma, thinking patterns that can develop include “victimhood thinking”, becoming passive-aggressive or passivity. These are only a few “mental traps” that can occur as a result of trauma, particularly extended trauma where a particular traumatic situation, such as abuse, is ongoing .

Here are 3 keys to heal from the effects of childhood trauma:

2. Get help. Depending on the traumatic event or experience, it may be easier to have a trained mental health therapist help to guide you through dealing with the past trauma.  Most therapists are trained in this area and can help you get your self-esteem back and empower you to make better decisions in your life in order to get out of behavior patterns that no longer serve you, as a result of the traumatic event.

3. Know that the effects of the trauma don’t have to be permanent.  When dealing with the past trauma, it can sometimes be a slow process and bring up painful memories.  Know that these feelings are only temporary and that it’s part of the process to healing.

Most people have had trauma in their lives growing up. Many times it’s simply the degree of the trauma that can determine whether it will impact your behavior or psyche, as well as your view of the world.  The nature of the trauma will determine whether to seek professional help or not.  In the case of the man with Tourette’s, he recognized how the TS affected his relationships and has worked with therapists at various times in his life as well as attempting to change his behavior toward everyone he encounters. Today, he has many friends and a good relationship with his family.

Lee Miller is a licensed mental health therapist and has worked with dozens of patients to resolve trauma in their life. She strongly believes that people shouldn’t have to live in pain and that their is always a way to overcome an adversity or past trauma. Call her for an appointment at 310) 879-5630.