“Bipolar Disorder—What It Is and How To Treat It” 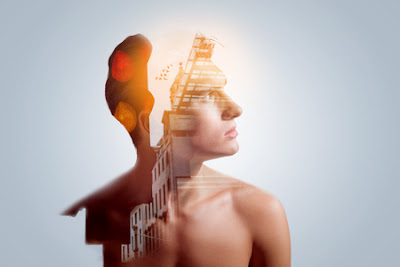 Bi-polar disorder (also known formerly as manic-depressive disorder) is a lifelong, chronic, mental illness characterized by alternating periods of depression and mania. It’s a disorder that affects the brain in a way that causes drastic mood swings that vary in length.  People with bipolar disorder can go from “highs” which is called mania—a feeling of being very energized, euphoric or irritable—to “lows” characterized by depression—feeling down and hopeless. These highs and lows are called “episodes”.

Researchers have identified two chemical messengers—or neurotransmitters— in the brain which each play a role in bipolar.  These chemicals are dopamine and serotonin.  Dopamine controls movement in the body and is linked to thinking and your emotions.  Serotonin is a chemical that helps to control moods.

There are actually four types of bipolar disorder which involve clear changes in mood, energy and activity levels:

1. Bipolar I Disorder- This type is defined by manic episodes that last for 7 or more days. Sometime the mania is so severe that hospitalization is necessary.  Usually, depressive episodes occur as well lasting 2 weeks or more. There is also the possibility of the mixed emotions of depression and mania happening at the same time.

2. Bipolar II Disorder- This is defined by a combination of depressive and hypomanic—a milder form of mania—episodes but not the full-blown symptoms described above.

3. Cyclothymic Disorder- This is characterized by periods of hypomania and depression lasting at least 2 years but that don’t fit the criteria of solely a hypomanic episode or depressive episode.

4. Other Specified and Unspecified Bipolar and Related Disorders- These symptoms don’t fit into the categories above.

People with bipolar disorder experience periods of intense emotions, disruptions in sleep patterns and normal activity levels as well as atypical personal behaviors.  These “mood swings” are drastically different than those of people who don’t have the disorder.

People with this disorder can experience symptoms of both manic and depressive symptoms.  This is referred to as an episode with “mixed features”.  People with the disorder “cycle” differently with alternating “highs” and “lows”.  These mood swings can last for hours, days, weeks and even months.

Psychotherapy is normally indicated as well with cognitive-behavioral therapy being a therapy of choice for many with the disorder.

If you suspect you or someone you know has bipolar disorder, the first thing to do is get an evaluation from a healthcare professional. Lee Miller can provide individual therapy for you or your loved one, should you be diagnosed with this disorder.  Call her office at (310) 614-0323 or email her at leemiller.therapist@gmail.com.