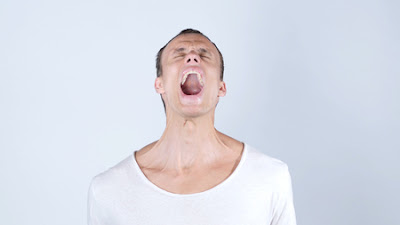 You have most likely heard of obsessive-compulsive disorder, or OCD as it’s commonly called.  Although many people have obsessive-compulsive tendencies, when it impacts your daily functioning and becomes a problem, an evaluation by a health professional may be in order.

According to the National Institute of Mental Health:

“Obsessive-compulsive disorder is a common, chronic and long-lasting mental illness in which the person has uncontrollable recurring thoughts (obsessions) and behaviors (compulsions) that he or she feels the urge to repeat over and over.“

To be diagnosed with obsessive-compulsive disorder people have the symptoms of the obsessions, compulsions or both. As stated above, these symptoms impact all areas of a persons life including work, personal relationships and social interactions.

Obsessive thoughts can encompass things like irrational fear of germs or other things, unwanted thoughts regarding sex, religion and harm, as well as the need for things to be symmetrical and in order. Or believing that certain numbers are “good” or “bad”.

Compulsions can manifest as behaviors such as excessive hand-washing, touching of objects, touching objects of different temperatures and excessive cleaning. It can also involve compulsive counting among other behaviors.  These compulsive behaviors are usually the result of —and in response to—obsessive thoughts.

Not all rituals or thoughts are compulsions. You may have a tendency to check a locked door several times to “make sure it’s locked completely” or other behavior that is seen as repetitive.  But a person with OCD generally can’t control the obsessive thoughts or compulsive behaviors, even when he or she knows they’re excessive. These thoughts and behaviors are beyond the persons control.

Some criteria for effective diagnosis includes:

- Realizing the obsessive thoughts and behaviors don’t make sense yet the        person can’t quit doing them.

- Spending at least an hour a day on these thoughts or behaviors.

- Experiencing problems at work or in relationships because of these behaviors

- Doing certain behaviors that keep you from living a normal life.

At this point, doctors aren’t exactly sure what causes OCD. Some parts of the brain in people with OCD show some abnormality but more research is needed to fully understand the disorder.  Normally your doctor will do a routine physical exam and even blood tests to rule out other problems first.  Your doctor will then ask about your habits,  thoughts and routine to determine if you have OCD or not.

You’re more at risk for OCD is you have or ever had:

- a history of OCD in your family
Treatment

If your doctor determines that you have OCD he/she may prescribe medication, talk therapy or both.  Currently there is no cure for OCD but it is treatable and people can lead more normal and functional lives than without treatment.