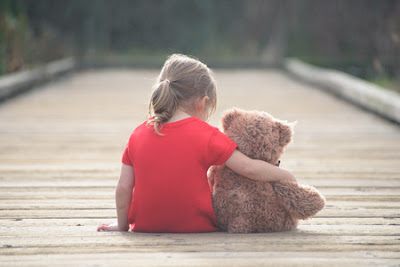 Although every child is unique, with their own personality traits and therefore their own ways of reacting or coping with various life changes, below are some ways that children typically react when facing the divorce or separation of their parents.  Again, bear in mind that children also react in different degrees to these feelings based on their relationship with both parents, the intensity of the parental conflict as well as the duration of it.

This is very common among young children who may still harbor fantasies of the parents reconciling, making plans for family vacations and other scenarios where the entire family is together.  Gently explaining to them that the separation is permanent when the child brings it up is usually all that is needed.  Oftentimes, the child will come to accept things as they are in time.

When parents separate and divorce is impending, some children will worry about who will take care of them.  Depending on if they are closer to one parent or another, they may think that they too are able to be divorced by their parents. It’s critical to reassure them that although the divorce is imminent, this could never happen to them and that they will always be cared for by both parents.  If the divorce is contentious where one parent confides in the child in order to get them to take sides, it can be easy for the child to have divided loyalties to one parent.  Again, it’s critical to reassure the child they will not be abandoned.

It’s very common for a child to exhibit anger and hostility both at home and at school during and after a divorce.  Anger and hostility can many times be directed at the parent who is perceived to have caused the divorce or separation also.   School performance may be affected negatively and it may be necessary for counseling at this stage.  Anger turned inward can look like depression in many children.  It’s important to be aware of this in the event professional help is needed.

As mentioned above, depression can be a typical reaction of children to divorce.  Keep an eye out for changes in the child’s sleeping and eating habits, acting out, social withdrawal as well as lethargy and an apathetic attitude toward activities that used to be enjoyed by the child.  Again, professional counseling either with one or both parents or individual therapy for the child may be indicated and would be a good idea.

Children often take on the burden of feeling responsible for the divorce particularly when they feel that somehow their behavior contributed to it or caused it. They may attempt to bargain and “promise to behave better” if the parents stay together.  When they see parents arguing over visitation schedules or any other matter involving the child, they may tend to feel at fault. Again, reassurance that the breakup had nothing to do with them is critical here.  They need to be reassured that nothing has changed as far as their relationship with either parent.

The emotions listed above are just a few that children can typically feel when going through a divorce.  Sensitivity to the child, his or her behaviors, habits and patterns is critical in helping them maintain their emotional well-being throughout the process.  Depending on how contentious the divorce is, its effects can continue into adulthood if not addressed.