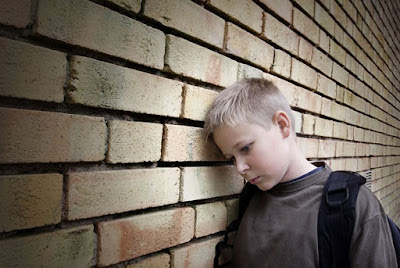 Tourette Syndrome (TS) is a neurological disorder named after the French doctor, Georges Gilles de la Tourette,  who “discovered” it in the 19th century.   A largely misunderstood disorder, Tourette’s is characterized by involuntary, sudden jerky movements of the limbs and face and vocalizations called tics.  The average onset of the disorder is between the ages of 3 and 21 and it occurs in all ethnic groups.  Males are affected by it 3 to 4 times more often than females.
Tourette’s is still discussed in the medical field as both a neurobiological disorder as well as a neuropsychiatric problem—depending on what medical specialist you talk to.  In truth, it’s both. It has the physical neurological component of being a brain disorder that has been narrowed down to an area near the brain stem called the basal ganglia.   Foods, toxins and other environmental factors can affect the severity of symptoms thus demonstrating the biological nature of TS.   Stress and other factors can make symptoms worse justifying the psychiatric component.

There are usually other conditions occurring with most cases.  Depression, anxiety, obsessive compulsive disorder and/or it’s tendencies, learning disabilities and attention deficit disorder are just a few of the conditions that can co-exist with TS.  Most people with TS have one or more of these associated conditions to varying degrees.

Tics are classified in two different categories.  “Simple” tics include eye blinking, head jerking, facial grimacing or nose twitching, as well as vocalizations like throat clearing, barking noises or grunting. “Complex” tics can present themselves as motor tics that include jumping, touching other people and things, repetitive movements of the torso or limbs, pulling at clothing and self-injurious actions including hitting or biting oneself.  Complex vocal tics include uttering words or phrases, coprolalia (the involuntary utterance of inappropriate or obscene words) and echolalia (repeating a sound, word or phrase just heard).

Every person exhibits the disorder differently and the variety and complexity of tics or tic-like symptoms that can be seen in people with TS is very large. In addition, behavioral problems can occur (but not always) due to a variety of factors including a low frustration tolerance, and low self-esteem.

Like any other medical condition, TS can have a significant impact on family life.  Parents can have mixed feelings such as being determined to forge ahead and make the best life possible for their child with TS. Guilt is also very common, with parents blaming themselves for their child’s disorder and wondering whether their genetic makeup caused their child to have it.  Like TS itself, every family is different with it’s own unique set of challenges.  Many families learn that TS, once seen as a weakness, can be a sense of strength for the child with the parents encouraging the child’s interests and talents.

It must be born in mind that TS is a medical disorder and not a character trait and is only one part of a person’s life.  Many people with TS have gone on to live rich and rewarding lives as contributing and productive members of society in various fields.