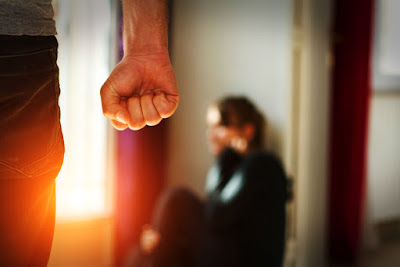 We hear in the media about abusive relationships usually after some violent act has taken place as a result of it.   Further, when we hear that the abuse in one form or another had gone on for years, we’re shocked and appalled and immediately ask the question, “Why didn’t she leave?”.  The answer to that is more complicated than many people would think.

First, let’s talk about the abuse itself.  When we hear the phrase “abusive relationship” many automatically think of violence. But abuse can take many forms. It’s usually an insidious thing that becomes a pattern over time.  It may begin with verbal or emotional abuse and may or may not escalate to violence over a period of months or years.

What’s hard to fathom is that a relationship with a partner who is psychologically abusive becomes like a drug to the victim.  The emotional rollercoaster that is played out through the cycle of abuse then forgiveness phase when the victim “behaves”, causes an actual hormonal change in the body where the partner craves approval from the abuser—just like craving a drug.  There is actually a psychological term for this called “trauma bonding” where maintaining the relationship at all costs is like an addiction.

Below are 5 reasons why people have trouble leaving an abusive relationship.

2.  Usually after a period of abuse the abuser will apologize and make-up with the victim.  This leads the partner to believe it will be “different this time” or won’t happen again.

3.  On average, it will take a person seven times to break-up with an abusive partner and leave for good. Because, as stated previously, the relationship becomes like an addiction and it’s hard to make the commitment to leave for good.

When someone is abused over a period of time, their thinking can get skewed and the toxic relationship patterns can become entrenched and normalized in their head.  If you think you’re relationship is abusive or know someone else going through it and don’t know a way out, please reach out to me. I can help.  I’ve worked with many people with this issue. You shouldn’t have to live in pain.  You can email me at leemiller.therapist@gmail.com or call my office at (310) 439-5091.